SPECIAL EXTENDED PURIM EVENT: 6-10 March 2020 (when you take the event ticket also select the Purim extra night option to include ALL the Purim celebrations).

Join hundreds of young Jews aged 18-35 to celebrate Purim in style in the scenic Czech capital: 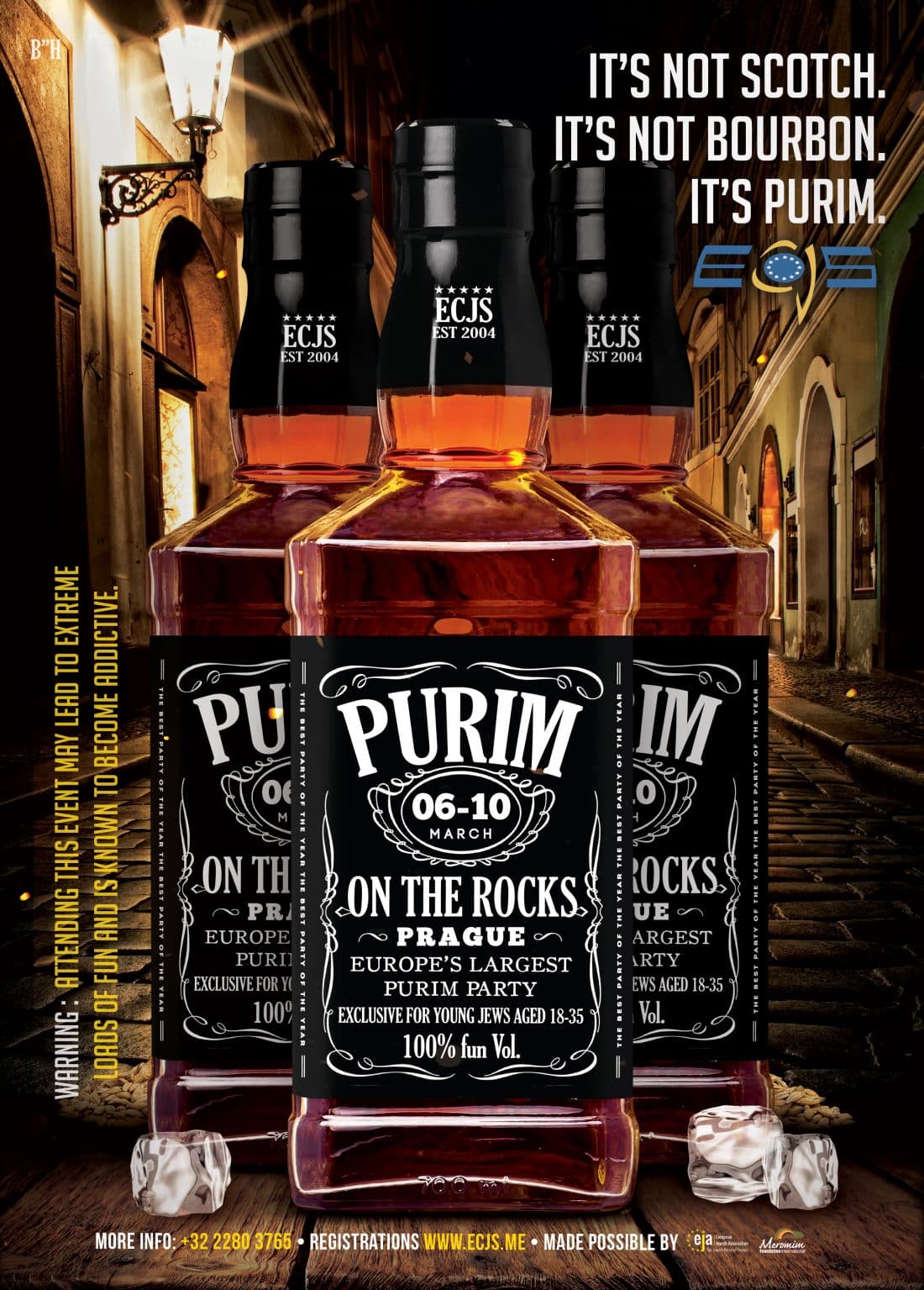 For Purim (the last night to stay until 10th March) you must select the Purim extra night option as well as the package when you complete the registration form.

WE EXPECT MOST PEOPLE TO SELECT THIS EXTENDED EVENT OPTION.

To attend the event, you must purchase an event ticket as per package rates given below. Please note that you must be a registered ECJS member to purchase tickets to our events. Not a member ? Become a member now!

All prices are per person.

Extra nights before and after the event are available through ECJS at special group rates.

If you request a twin occupancy extra night without a friend(s) and we are unable to match you up with another participant(s), you will be asked to upgrade to a single room. 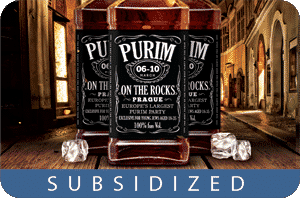 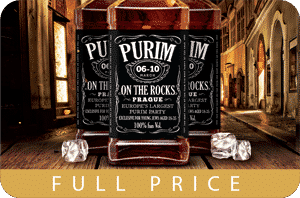 Day trip out of the city

Prague – is centuries of spires…

Prague is the equal of Paris in terms of beauty. Its history goes back a millennium. And the beer? The best in Europe.

The 1989 Velvet Revolution that freed the Czechs from communism bequeathed to Europe a gem of a city to stand beside stalwarts such as Rome, Paris and London. Not surprisingly, visitors from around the world have come in droves, and on a hot summer’s day it can feel like you’re sharing Charles Bridge with half of humanity. But even the crowds can’t take away from the spectacle of a 14th-century stone bridge, a hilltop castle and a lovely, lazy river – the Vltava – that inspired one of the most hauntingly beautiful pieces of 19th-century classical music, Smetana’s Moldau symphony.

Prague’s art galleries may not have the allure of the Louvre, but Bohemian art offers much to admire, from the glowing Gothic altarpieces in the Convent of St Agnes, to the luscious art nouveau of Alfons Mucha, and the magnificent collection of 20th-century surrealists, cubists and constructivists in the Veletržní Palác. The weird and witty sculpture of David Černý punctuates Prague’s public spaces, and the city itself offers a smorgasbord of stunning architecture, from the soaring verticals of Gothic and the exuberance of baroque to the sensual elegance of art nouveau and the chiselled cheekbones of cubist facades.

Prague’s maze of cobbled lanes and hidden courtyards is a paradise for the aimless wanderer, always beckoning you to explore a little further. Just a few blocks away from the Old Town Square you can stumble across ancient chapels, unexpected gardens, cute cafes and old-fashioned bars with hardly a tourist in sight. One of the great joys of the city is its potential for exploration – neighbourhoods such as Vinohrady and Bubeneč can reward the urban adventurer with countless memorable cameos, from the setting sun glinting off church domes, to the strains of Dvořák wafting from an open window.

Our hotel is a short distance away from Prague Airport while still providing seamless access to the city center.

The history of the Jews in Prague (capital of today’s Czech Republic) is one of Central Europe’s oldest and most well-known. Prague boasts one of Europe’s oldest recorded Jewish communities (Hebrew: “Kehilla”), first mentioned by an Arab-Jewish traveller Ibrahim ibn Yaqub in 965. Since then, the community never ceased to exist, despite a number of pogroms and expulsions – and the holocaust and subsequent antisemitic persecution by the Communist regime in the 20th Century. Nowadays, the Jewish community of Prague numbers approximately 2,000 members, although the number of Jews in the city is probably as high as 10,000 but for various reasons they remain officially unregistered as such. There are a number of synagogues of all Jewish denominations, a Chabad centre, an old age home, a kindergarten, Lauder Schools, Judaic Studies department at the Charles University, kosher restaurants and even a kosher hotel. Famous Jews from Prague include the Maharal, Franz Kafka, Miloš Forman and Madeleine Albright.

The 16th century began the Jewish Renaissance in Prague. Prague nobility in 1501 allowed for an open atmosphere of economic activity.Yet during the Habsburg reign, the Jewish people were expelled twice in 1542 and 1561.Each time they returned to prosper even more. From 1564-1612, the reigns of Maximilian II and Rudolf II were “golden ages” for the Jews in Prague. In the early 18th century, the Jews accounted for about one-fourth of Prague’s population. More Jewish people lived in Prague than anywhere else in the world. This “golden age” ended with Empress Maria Theresa’s succession to the throne, who expelled the Jews once again.Unfortunately Prague’s Jewish Quarter was totally demolished in the early 1900s, except for the synagogues and a few other buildings, and rebuilt in the fashion of the time, art nouveau style.

Prague had a Jewish population of 10,338 in 1946, of whom 1,396 Jews had not been deported (mostly of mixed Jewish and Christian parentage); 227 Jews had gone underground; 4,986 returned from prisons, concentration camps, or Theresienstadt; 883 returned from Czechoslovak army units abroad; 613 were Czechoslovak Jewish emigres who returned; and 2,233 were Jews from Ruthenia (Carpatho-Ukraine), which had been ceded to the U.S.S.R. who decided to move to Czechoslovakia.

Each participant of the Purim on the Rocks 2020 Event will receive the following:


Participants must prove financial situation warranting discount. A copy of a valid passport and/or references are required. Documents and/or letter outlining your request with contact details of either a Rabbi or Jewish community organization who can vouch for your limited finances should be sent via e-mail to info@ecjs.org.

This is the date all registration and payments must be RECEIVED by the ECJS office. It is entirely the discretion of the ECJS office staff to decide whether a participant fulfills the demands for the offers, and ECJS hold the full right to charge non-offer price if they believe this is not the case.

You may cancel your registration until 6 February 2020, and ECJS pledges to fully refund you the event payment minus €30 administration processing fee and bank transfer fees when applicable.

If you cancel after 6 February 2020, and we are able to find a replacement, you will be refunded the event payment minus 30% and bank transfer fees when applicable, until 20 February 2020. All cancellations after 20 February 2020 will get no refund even for a medical emergency. We will do our best to replace your spot once we have sold out the event for cancellations between 06 February and 20 February. The reason for this deduction is due to the risk we are taking, the longer administration process involved in changing your booking, and often involves more time and expensive phone calls trying to find a replacement.

After the deadline date, ECJS is NOT obliged to reimburse anyone for any reason whatsoever.  Reimbursement will not be given even for a medical emergency. ECJS will have already booked, ordered and paid for everything for you by this late date. We will not be able to receive refunds for any of these purchases. Please understand that ECJS is a non-profit organization. We invest over €100 for each member to attend the event beyond the member fee that was paid. With your cancellation we lose this investment as well.

SPECIAL OFFER: Be a Group Organiser and Come for FREE…

Just get your friends to mention you on their registration form or email us for more information – info@ecjs.me

– You must still hold a valid paid 1 year Membership subscription.

– Offer does not include extra nights or any extra event luxuries / additions.

– Offer does not apply to local packages or packages without the hotel.

– Offer does not include flights / travel to or from venue – only the event package.