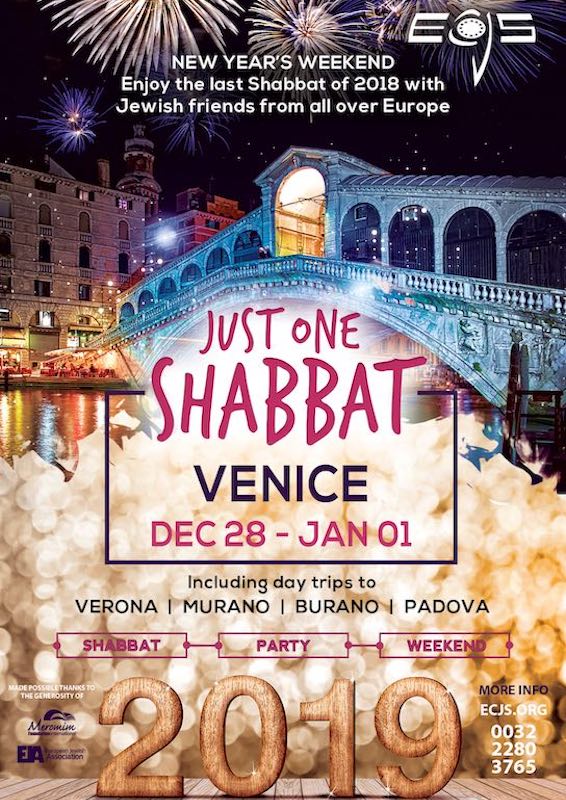 The event began on the Friday with a short visit to the historic town of Padua,before an early Shabbat brought us together as one family. Participants after Shabbat partied the night away in nearby Mestre.  On Sunday, a full day trip explored the glassmaking factory of Murano and scenic nearby Burano island before a full day tour of Venice including the traditional Jewish ghetto and famous narrow alleys between St Marks Square and the Realto Bridge. We brought in the New Year on the Monday evening with our annual Black Tie Ball, and then finished on the Monday with a visit to the nearby city of romanticism of Verona, home of the famous Romeo and Juliet story. 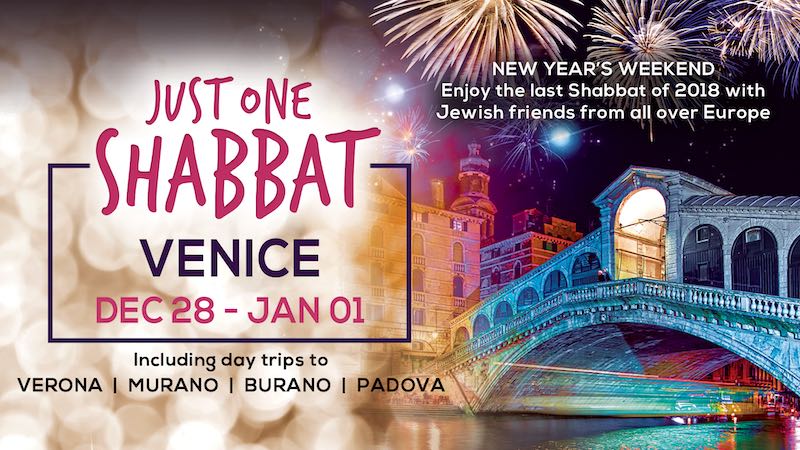 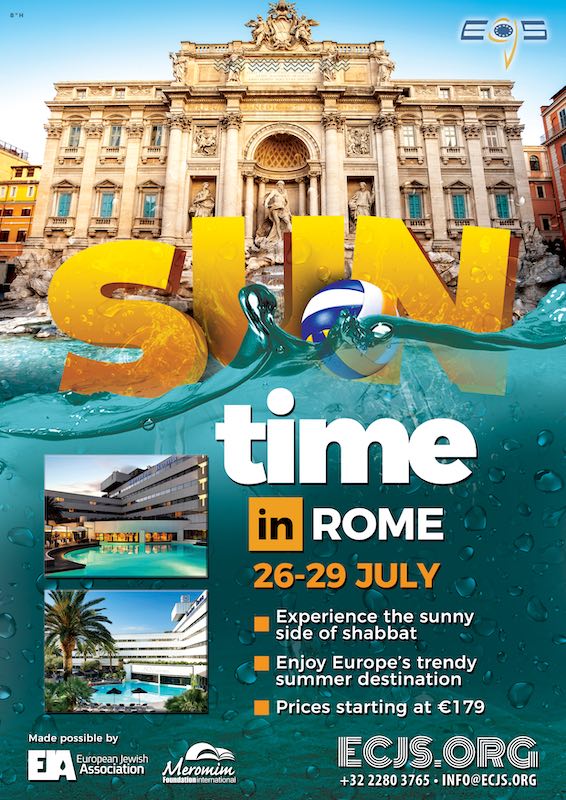 The event began on Thursday with a tour of the Jewish Ghetto including the Jewish Museum, the Great and Spanish Synagogues and Tiber island. In the evening guests heard from renown MK Avi Dichter (former Head of Shin Bet) on Israel’s background. On Friday a day out began with a visit to the ancient Roman city, including strolling alongside the Roman Forum, passing the Palatine Hill and reaching the famous Arch of Titus. A relaxing Shabbat at the hotel included an interesting question and answer session with MK Dichter, followed by a stylish party.  Finally a visit on Sunday toured the more modern city center including the Piazza Navona, the Pantheon and the Trevi Fountain. 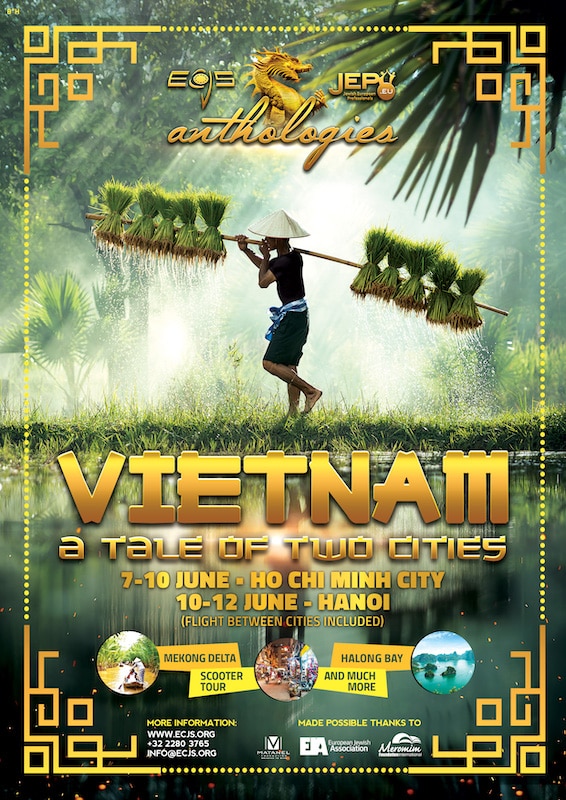 Once again in 2018, ECJS returned to East Asia. The event began on the Thursday with an early morning start to explore the Vietnam War Cu Chi Tunnels, followed by an afternoon studying HCMC with its Presidential Palace and War Remnants Museum. On Friday participants experienced traditional Vietnamese environments visiting the Mekong Delta, and as stilt houses, fishing villages as well as tasting traditional Vietnamese fruit. For Shabbat we relaxed in the hotel and learnt about the history of the Jewish Community of Vietnam, before a fun evening riding Scooters around the busy city streets and skyline.

On Sunday everyone got up early for a morning flight to Hanoi, and then got to visit the Ho Chi Minh Complex before the scenic Tay Ho (West Lake) region and an evening learning about the history of Vietnam through a comical Water Puppet show. On Monday everyone went on a long day trip to the beautiful Ha Long Bay (one of the seven Modern Wonders of the World) and then on Tuesday the event finished with a true-life experience meeting families living in poverty in the East Hanoi slums under the Long Bien Bridge in the middle of the Red River. 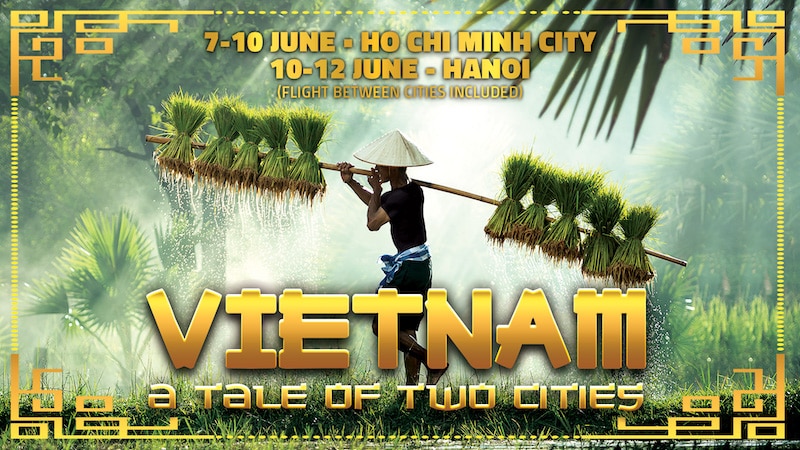 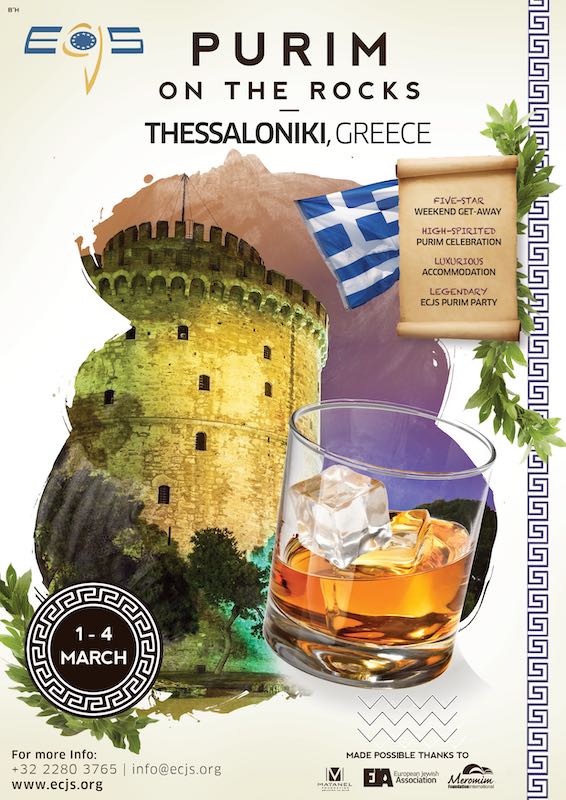 Purim on the Rocks 2018 – Thessaloniki

Purim this year took place in Thessaloniki, Greece in the fantastic five star Met Hotel.  The event started with a visit to the historic sites in Thessaloniki, including the White Tower, Galerius Arch, 2 Synagogues and the Jewish Museum. In the evening Rabbi Yoel Kaplan from Thessaloniki led an energetic Megillah reading for Purim, followed by the traditional Seudah meal and exchange of Mishloach Manot. This was followed by a fun Purim costume party.  During the Friday, a trip to Veroia saw the beautiful synagogue and town before stunning waterfalls on Mount Olympus. On Sunday participants ended their visit with the opportunity to see explore the tomb of King Philip II (father of Alexander the Great) at Vergina. 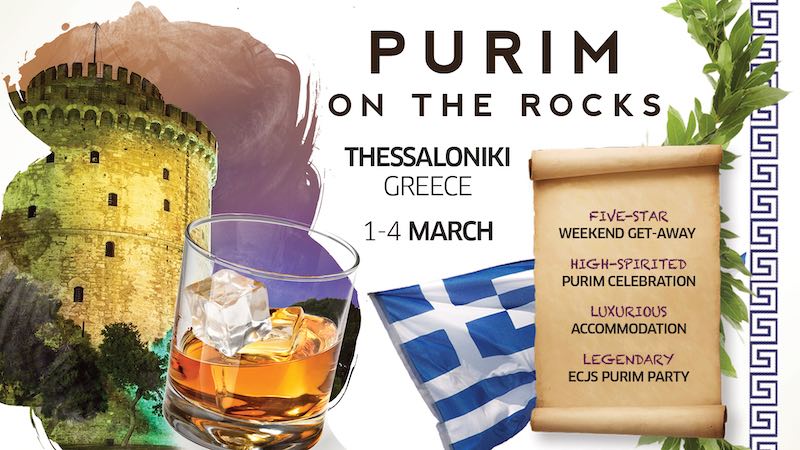 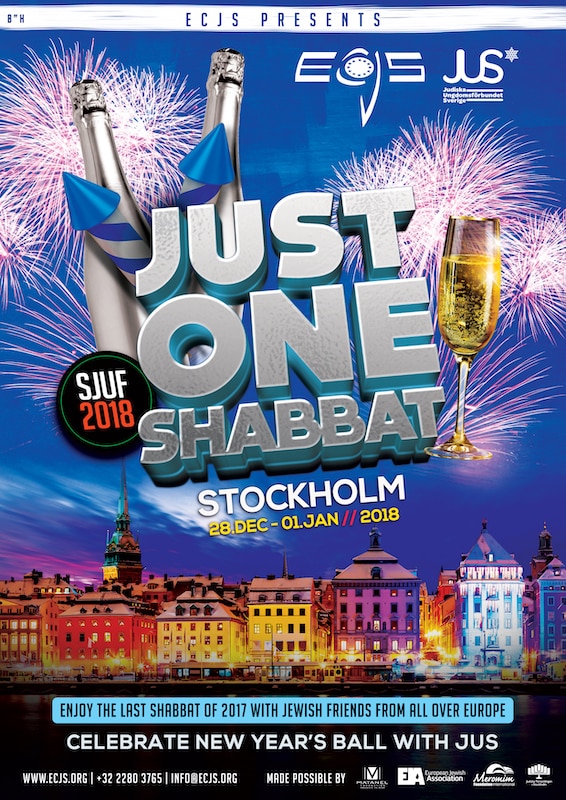 The event began on the Thursday with a visit to the city center including the historic Gamla stan and the Drottninggatan – the City Hall and and the Parliament. On Friday, we visited the Stockholm Synagogue and learnt about the Swedish Jewish community,  before an early Shabbat brought us together as one family. Participants after Shabbat partied the night away with JUS at the famous Cafe Opera Nightclub. On Sunday, a full day trip showed the Viking – era village of Sigtuna and the pretty university town of Uppsala before we experienced a stylish Black Tie Ball to celebrate the New Year. We then finished on the Monday with a fast-paced strategic game, where participants had to deliver spices across the continent in the Spice Road game.